In recent years, the emergence of grid slots has been evident. With all the major slot providers now offering these types of slot games, we take a lot at the concept, what they involve and what you can expect.

Played on fixed grids with no number of fixed paylines of ways to win, you need clusters (normally 5+) of matching symbols to land a winning combination. Also known as Cluster Pays slots, find a list of all grid engine slots conveniently in 1 place as well as more information on the origin of this concept and what bonus features/extras you can expect. If you’re familiar with these types of slots, check out our 5 best grid slots.

Legend of the Ice Dragon

Alice Cooper and the Tome of Madness

Charlie Chance and the Curse of Cleopatra

John Hunter and the Quest for Bermuda Riches

Sisters of the Sun 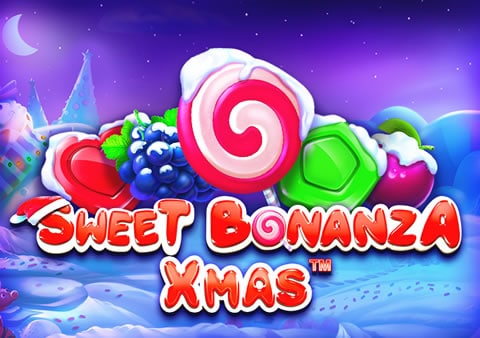 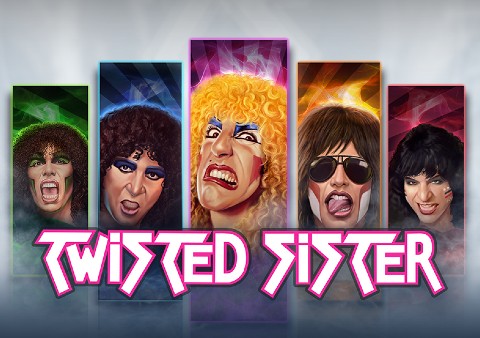 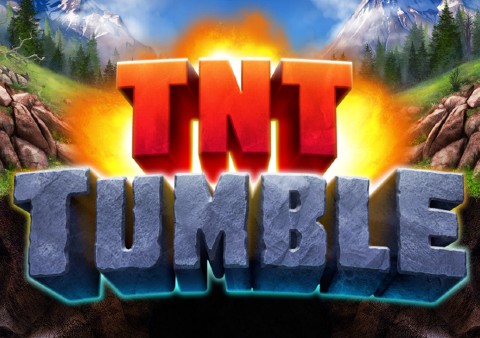 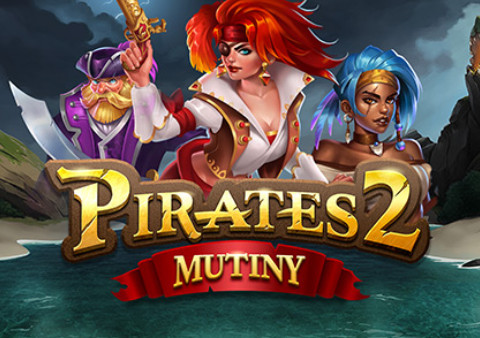 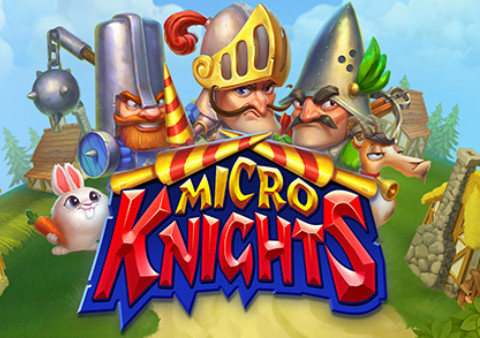 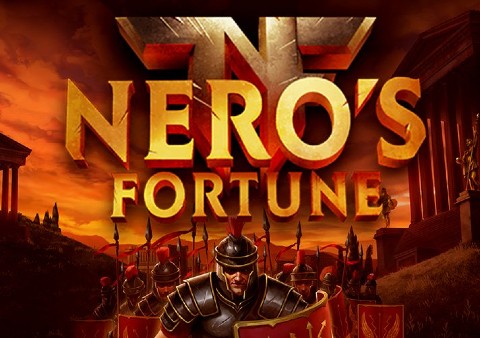 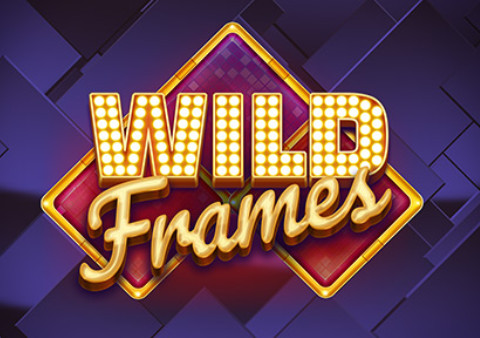 Rich Wilde and the Tome of Madness
Contact
Sweet Alchemy

With most slot developers creating cluster pays slots, there’s more and more games to choose from. With new titles available monthly, all slot sites now offer them to their players.

Whilst Jammin’ Jars was responsible for making grid slots so popular, Jammin’ Jars 2 was released in June 2021 and was 1 of the most anticipated slot sequels ever. Played on an 8×8 grid, this fruity disco boasts a higher than average 96.4% RTP rate that can rise up to 96.6% if you work your way through the Gold Vinyl levels.

With collapses, wild jar symbols with an increasing multiplier and instant prize symbols worth up to 1,000 x stake, there are free spins with wild jars that come with increasing multipliers. The best of the extras is the Collectable Gold Vinyl feature where collect gold vinyl records will increase the level and RTP up to 96.6%.

Level 5 leads to the Giga Jar feature where a Giga Jar up to 4×4 in size lands with an instant prize. 8 Giga Jar spins follow where wilds shift on each spin. This can lead to 50,000 x stake max wins.

Played on a 6×5 grid, Sweet Bonanza has a sweets theme and has achieved cult status due to its simplicity. Playable from 20p a spin, wins lead to tumbles for consecutive wins. It comes with a 96.49% RTP rate and 21,175 x stake max wins.

The action focuses on the Free Spins feature where rainbow-coloured bombs contain multipliers up to 100x. If you land more than 1 of them in a win, the values are added together. You can also retrigger the feature for unlimited free spins.

Head to a Himalayan temple in search of lost treasure in Relax Gaming’s Cluster Tumble. Played on an 8×8 grid, you join a Lara Croft-style adventurer from just 10p a spin. With cascading wins, it has a 96.4% RTP rate and 20,000 x stake max payouts.

Winning clusters unblock blocked positions which can lead to 64 symbols in total. Special Stone Blocks can also become active which target symbols to give you a win or transform them to increase your chances of winning. Unlocking all positions will trigger the Free Spins feature where the multiplier increases by 3 each time all blocks are cleared.

Another anticipated sequel is Golden Glyph 2 by Quickspin. Played on a 7×7 grid, you head to ancient Egypt. Playable from 20p per spin, the RTP is 96.09% and the maximum win is 26,800 x your total stake.

With tumbling reels, wins including Power Glyph symbols will trigger Power-Up features. This will bring in colossal wilds, random added wilds and removal of symbols in a pattern. There are also free spins with a multiplier wild that can increase up to 50x.

This section wouldn’t be complete without a game from Big Time Gaming. My choice is Star Clusters Megaclusters which begins on a 4×4 grid. With a gemstone theme, it has a high 96.54% RTP rate and max wins of 23,960 x your total stake.

With reactions, there’s a Gold Wild Multiplier which sees the value increase by 1 with each win/reaction. 5 successive wins will activate the Free Spins feature where each time the Gold Wild Multiplier reaches a multiplier of 10, you get more free spins. It’s played on an 8×8 grid with winning symbols splitting to give you 256 symbol wins.

What are grid slots?

Grid slots are different to traditional 5×3 slot games (the most common setup). You’ll literally see a grid of symbols ranging from 3×3 up to 9×9 in size. There are no traditional paylines or ways to win as such. Wins consist of landing matching symbols in a cluster formation.

This means the symbols need to be adjacent to one another. Symbols need to be touching either horizontally, vertically and/or diagonally. The bigger the cluster (the more matching symbols), the bigger the payout/win. This concept is similar to the one used in puzzle game Candy Crush Saga.

What was the first grid slot?

There is no slot game that has been confirmed as the first to be a grid slot. Since starting Online-Slot.co.uk in 2010, the earliest game I’ve come across that uses this format is Aloha! Cluster Pays by NetEnt.

However, it was Push Gaming’s Jammin’ Jars that put grid slots on the map. Released in September 2018, this 70s, disco/fruit inspired game broke the mould. Played on an 8×8 grid, the fun element, RTP of 96.83% and wins of up to 20,000 x stake have ensured Jammin’ Jars is a cult favourite.

How do you win in grid slots?

With a standard video slots, wins are created by landing matching symbols on successive reels starting from reel 1. With grid slots, a win is created when you see a cluster of matching symbols adjoined to another one another, in whatever direction.

Commonly known as Cluster Pays, this brings the first bonus feature into play. Winning symbols normally then disappear and give you a cascade/tumble with new symbols filling the newly vacated spaces. If you get another win, the process repeats itself until no more new wins are formed.

Whilst tumbles were found in NetEnt’s Gonzo’s Quest back in 2011 and cascades are used in most Megaways slots, all grid slot games deploy this giving you the chance to win again and again from each spin. Big or specific cluster combinations can lead to bonus features and other extras to come into play.

With most grid slots, there are certain bonus features that appear frequently.

The most common is cascading wins, tumbles or avalanches.

When a winning cluster is created, the winning symbols disappear to be replaced by new symbols. This allows for consecutive wins if you manage to get successive winning clusters. This can lead to big wins or triggering more bonus features such as an increasing multiplier.

Another popular choice is a bonus meter/collection system. A winning cluster can contribute to a meter which can in turn bring in various types of wild symbols, cash prizes or bonus features. If you take Quickspin’s Golden Glyph, wins can lead to Power Wild symbols which in turn bring in Power-Up features that gives you more wilds and removes certain types of symbols.

In Viking Runecraft (Play ‘n GO), wins charge the meter to bring 1 of 4 Charge of Destruction Bonus feature into play.

The most typical extra is a free spins feature. They are normally triggered by landing scatters or by achieving a certain number of consecutive wins/reactions. The free spins normally combine all features found in the base game in a more lucrative way.

If you take Big Time Gaming’s Cyberslot Megaclusters for example, the grid expands from 3×3 to 9×9 in size with roaming wilds increasing the multiplier.

What is a grid slot?

A grid slot is a game played on a grid-like setup ranging from 3×3 up to 9×9 in size. More importantly is how winning combinations are formed. They involve landing clusters of symbols which are connected horizontally, vertically and/or diagonally. The bigger the cluster, the bigger the win.

What are the best grid slots?

The most popular games include Jammin’ Jars and Jammin’ Jars 2, Golden Glyph 2, Sweet Bonanza and Cyberslot Megaclusters. Check out our top 5 grid slots.