Detonating an enormous maximum win of 60,000 x stake is the goal in the Fire in the Hole slot, a mining-themed game from Nolimit City. The action starts on a 6×3 grid that offers 486 ways to win but the collapsing reels mechanic means that the reels can explode so that they deliver up to 46,656 ways to win. The main innovation here is the xBomb wild explosion feature. This removes all adjacent symbols and also increases the win multiplier by 1 whether or not the spin is a winner or not. The main extra is the Lucky Wagon Spins feature which is a variation on the streak respin concept where wins are boosted courtesy of a series of modifiers. Find out all you need to know about this extremely volatile slot in our Fire in the Hole xBomb review.

Fire in the Hole Demo

Fire in the Hole Slot RTP, Details and Wager Limits

The size of the game engine in the Fire in the Hole slot can change thanks to the Collapsing Mine game engine. This alters the number of ways to win. Beginning with 6 reels, 3 rows and 486 ways to win, the reel area can expand to 6 rows which gives you up to 46,656 ways to win in total.

The ways to win game mechanic means that winning combinations are formed by landing matching symbols or wilds on 3, 4 or 5 adjoining reels, starting from reel 1. Stake sizes here range from between 20p and £50 per spin. Click on the Dollar sign to see all available bets or stakes easily on 1 screen. It couldn’t be simpler really.

The Fire in the Hole RTP is 96.06% which is mid division. 63.51% of wins will come in the main game and 32.55% will come from the Lucky Wagon Spins feature. There is a 94.11% RTP version though so check with the slot site or casino you’re playing at begin you dig in.

What isn’t mid division is the variance. This is an explosive slot. On the scale of 1 to 10, we’d put the Fire in the Hole xBomb volatility at the maximum of 10. Proceed with care as this is considered as extreme on the variance front by developer Nolimit City.

The titanic volatility can deliver rewards to match. The max win is a massive 60,000 x your total stake from a single spin. The hit frequency is 25.98% meaning you’ll land a winning combination every 4 spins on average.

The Fire in the Hole slot has a mining theme. Beautifully designed with high definition graphics and animations, a dingy mineshaft in the setting illuminated by lanterns. It looks a little like the mine cart chase in the Indiana Jones and the Temple of Doom film.

The graphics have a cartoon feel. There’s a rhythmic, thumping soundtrack which adds intensity to proceedings. Visually, it looks a little Yggdrasil Gaming’s Dwarf Mine slot.

On the reels you will find lower value K, Q, J, 10 and 9 royals. The higher value symbols include a collection of mining-related symbols such as pickaxes, climbing ropes, boots, bags and lamps. The lamp is the highest value symbol giving you 0.75, 2, 4 or 7.5 x your total stake for 3, 4, 5 or 6 across a payline.

The dynamite detonator is the wild symbol. It’s also known as the xBomb wild. It substitutes for any symbol except the bonus symbol. More on this below. Here is what each of the symbols is worth:

Fire in the Hole Mobile

All Nolimit City slots are produced with HTML5 technology. As a result, you can play Fire in the Hole on mobile, tablet and desktop devices. There are plenty of moving parts but the high quality of the graphics and animations look good even on handheld devices. The Fire in the Hole mobile slot is compatible with iOS, Android and Windows operating systems.

Fire in the Hole Bonus Features

There’s plenty going on in this volatile mine, starting with the collapsing reels. Look out for the xBomb wilds which can deliver some explosive action as well as the free spins where special modifiers can boost your winning opportunities. There are 5 bonus features in total.

Fire in the Hole xBomb is played using a Collapsing Mine feature. Each spin starts on a 6 reel, 3 row machine that offers 486 ways to win. Each time a winning combination is created, the successful symbols are removed and replaced by new ones. These continue until no new winner is formed.

Winning combinations also add extra rows to the reel area. Extra rows also adds to the ways to win which can get as high as 46,656 if they reach their maximum configuration:

As mentioned, the xBomb symbol is wild and replaces for everything apart from the bonus symbol. When an xBomb wild lands, the xBomb Wild Multiplier feature comes into play. It explodes and destroys all the adjacent symbols apart from bonus symbols.

It also increases a multiplier by 1. A collapse then follows as per usual. Importantly, an xBomb wild doesn’t have to be part of a winning combination in order to explode and trigger a collapse.

The Wild Mining feature triggers in the base game when 3, 4 or 5 of the same type of symbol align horizontally but there is no winning combination. Those 3, 4 and 5 symbols award 1, 2 or 3 wilds respectively. All symbols above the bar apart from wilds and bonus symbols then explode, triggering a new collapse and a new opportunity to create a winning combination.

To trigger the Lucky Wagon Spins feature, you’ll need to land 3, 4 or 5 bonus symbols. It will take around 200 spins on average to activate it. The feature starts with 2, 3 or 4 rows of the game area unlocked respectively. You’ll then play 3 free spins.

The reels here are made up of blanks and coins. Each coin awards a cash prize and also resets your free spins tally to 3.  Look out for special enhancers at the top of each active reel. These change via a mine cart that rumbles across the top of the reels. Land a coin and it is boosted by the enhancer directly above. The modifiers include:

It’s like a suped-up streak respin feature with huge potential prizes. If you’re a keen slots player, you will find similarities with the Money Cart Bonus feature in Money Train 2 (by Relax Gaming).

Customary with Nolimit games, Fire in the Hole comes with the Nolimit Bonus feature. This way, you can buy your way into the Lucky Wagon Spins feature for a set free. Not available in all jurisdictions like the UK, you have 3 options which also increases the RTP:

Like Nolimit City’s other releases, San Quentin and East Coast vs West Coast, there’s plenty of action on offer in the Fire in the Hole slot. The Collapsing Mine feature means there’s lots going on in the base game especially when you factor in the xBomb wilds.

Superbly designed, the thumping soundtrack adds intensity to the volatile gameplay. The xBomb wilds can produce big wins in the base game. However, this game is all about the Lucky Wagon Spins feature courtesy of the modifiers. The way it works is a little unusual certainly but none the worse for that.

Triggering the free spins with 5 scatters will deliver the biggest payouts in reality. You have a 1 in 116,000 chance of achieving the max win with 5 scatters. It increases to 1 in 41,000 for 4 scatters and 1 in 133,000 for 3 scatters. However, the max win can be achieved off 3 scatters and in the base game too. Landing Chests as well as a combination of the other modifiers is the key to big wins though.

Whilst San Quentin offers bigger wins (150,000 x stake), Fire in the Hole offers huge wins still (60,000 x stake) and has a popular mining theme (which everybody seems to love). However, this isn’t a ride on a fairground mining cart though. Winning 100 x stake will take 1,009 spins on average so this isn’t for the faint-hearted. The variance is extremely high so proceed with care.

Fire in the Hole FAQs

What is the Fire in the Hole RTP?

The Fire in the Hole RTP is 96.06% which is about average. The volatility is extreme (10/10) though with huge wins available in the base game and the main bonus feature. The hit frequency is 25.98%.

What is the Fire in the Hole max win?

The biggest possible win in this volatile trip down the mineshaft is 60,000 x your total stake. This can be won in the base game with the xBomb wild multipliers as well as the Lucky Wagon Spins feature.

How does the xBomb Wild Multiplier feature work?

Are there any Fire in the Hole free spins?

Yes, the Lucky Wagon Spins feature is a variation on the streak respin concept. Your aim is to collect coins to win more free spins and win cash prizes. Boost your wins with special modifiers which appear on carts above the reels.

The mining theme is a popular one amongst slot providers. Perhaps the most commonly known is Bonanza Megaways from Big Time Gaming. Others worth playing including Playtech’s Hot Gems Xtreme, Relax Gaming’s Mega Mine and Blueprint Gaming’s Diamond Mine Megaways: 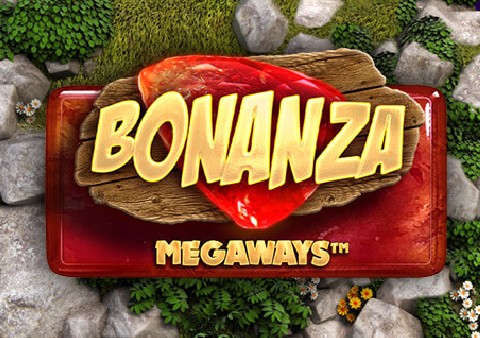