Powered by Microgaming, the Mega Moolah slot is a progressive jackpot game that has created more millionaires than any other jackpot slot. Set in the plains of Africa, it comes with 5 reels and 25 paylines. There are wilds that double payouts as well as a Free Spins feature where up to 30 free spins with a 3x multiplier can be won. It’s all about the 4 progressive jackpots with the Mega Jackpot paying a record €19.4 million in April 2021.

The Mega Moolah jackpot slot comes with 5 reels, 3 rows and 25 fixed paylines. To form a winning combination, you need 3 or more matching symbols across a payline, starting from reel 1. With the 2 highest value symbols and the wild, you only need 2 in combination.

Playable from 25p to £6.25 per spin, you can select the AutoPlay function where between 10 and 100 autospins can be used. There’s also a Lightning Bolt icon next to the Spin button for fast spins. In settings, you can choose to play with or without sounds too.

Low variance, it comes with a 46.36% hit frequency rate. This means nearly half of your spins will result in a winning combination. Jackpots aside, the max win is 1,955 x your total stake per free spin.

The Mega Moolah RTP is 93.42% overall. 88.12% is for the slot without the progressive jackpot. The 4 jackpots contribute 5.3% overall. This is about average for a jackpot game.

Theme – head to the African plains

The Mega Moolah slot was released in November 2006 so has been around for a very long time. A classic amongst classics, it has an African safari theme. Set amongst the infamous Serengeti, the design is done cartoon style. The graphics and colourful and bright.

The soundtrack is that of a traditional African tribe which ties in with the theme nicely. Despite it’s veteran status, Microgaming have revamped Mega Moolah a few times to make the graphics and animations sharper and high definition.

On the reels you’ll see colourful A to 10 symbols alongside higher paying wild animals. They include Kudu, buffalo, giraffe, zebra and elephant. The highest paying symbol is the elephant as 2, 3, 4 or 5 on a payline will pay 0.24, 2, 10 or 30 times your stake.

The lion symbol is the wild. This pays 0.6, 5, 60 or 600 times your stake for 2, 3, 4 or 5 in combination as well as substituting for all the standard symbols. Land a lion wild as part of a winning combination with a standard symbol and the payout receives a 2x multiplier boost and is doubled. Here’s a table highlighting the payouts for the top symbols:

As mentioned, the Mega Moolah slot was released in 2006. Revamped using HTML5 technology, it can be played on desktop, mobile and tablet devices. The mobile slot works rather well due to the 5×3 reel layout and the colourful yet simple graphics.

The Mega Moolah jackpot slot comes with 2 bonus features. As well as double wild wins, you have a Free Spins feature where a 3x multiplier applies to all wins. It focuses on the randomly-triggered Jackpot Bonus Game feature where you spin the wheel to win 1 of 4 progressive jackpots.

Look out for the witch doctor scatter symbol. 3, 4 or 5 appearing simultaneously on the same spin will give you a payout of 3, 20 or 100 times your stake as well as activating the Free Spins feature.

With 15 free spins awarded, all payouts during the feature are trebled meaning a 3x multiplier is applied to all wins. Landing 3 or more scatters will retrigger the feature to give you another 15 free spins. This takes your potential total to 30 Mega Moolah free spins altogether.

Of course, the main attraction of Mega Moolah is the potential megabucks on offer from the Jackpot Bonus Game feature. This round can trigger at random on any spin. The higher your stake, the better your chances.

Once in, you’ll then get to spin the Progressive Jackpot Wheel. Depending on where the pointer lands, you could win the Mini, Minor, Major or Mega prize. With the amounts varying, there’s a seed amount meaning you are guaranteed to win a certain amount if you win that jackpot:

As mentioned, Mega Moolah is the most popular online progressive jackpot slot. In fact, it has created more millionaires than any other jackpot slot.

The world-record jackpot won was over €19.4 million in April 2021. It was won on Absolootly Mad: Mega Moolah which is part of the Mega Moolah jackpot network.

Of the 4 biggest ever jackpots won, 3 are Mega Moolah network winners:

Furthermore, the biggest ever Mega Moolah UK win was £13,213,838.68 on Mega Moolah of course. This was won by a British soldier called Jonathon Heywood from Cheshire in October 2015.

The average jackpot is just over £3 million. It is won every 65 days on average too making it the most popular jackpot slot ever. As more and more players play Mega Moolah, the frequency of winning a jackpot increases.

The latest jackpot win was on the 6th of February 2022 with €7.3 million won on Mega Moolah. This is the 70th instant millionaire.

Without the progressive element, the Mega Moolah slot would still be an attractive proposition. This is because the 3x multiplier in the Free Spins feature can lead to 1,955 x stake payouts per free spin. The simple design, straightforward features and low volatility make for a solid if rather unspectacular slot.

Add the progressive jackpot into that mix and it becomes a much more playable proposition. It might be an oldie but Mega Moolah has stood the test of time. If you want an old school slot that can deliver knockout rewards, then Mega Moolah is still worth considering. If you want more chances of winning 7 figures, check out our dedicated jackpot slots page.

There are lots of Mega Moolah casinos as it’s powered by Microgaming. This means plenty of casinos or slot sites will have it. However, you cannot play Mega Moolah for free as demo mode isn’t supported. You can only play for real money.

What is the biggest ever Mega Moolah jackpot?

How do you win the Mega Moolah jackpots?

You will enter the Jackpot Bonus Game feature randomly on any spin. You the spin the wheel to win the Mini, Minor, Major or Mega Jackpot. The latter is guaranteed to pay at least £1 million.

Are there any Mega Moolah free spins?

Yes. The Free Spins feature is triggered by landing 3 or more witch doctor scatters simultaneously in the base game. It gives you up to 30 free spins with a 3x multiplier.

What is the Mega Moolah max win?

The most you can win per free spin is 1,955 x your total stake due to the 3x multiplier. However, any random spin could land you a spin of the jackpot wheel where the Mega Jackpot is guaranteed to pay at least £1 million.

Is there a Mega Moolah mobile slot?

Yes. Despite being released in 2006, Microgaming has revamped it using HTML5 technology. This means it can be played on mobile, tablet and desktop devices. In fact, the world-record jackpot was won on an Android device.

If you like progressive jackpots, there are plenty of other jackpot slots to choose from. The ones offering 7-figure payouts include Mega Fortune and Hall of Gods from NetEnt. You have Book of Atem WowPot by Microgaming which starts at £2 million for the big jackpot. Finally, there’s Jackpot Giant by Playtech: 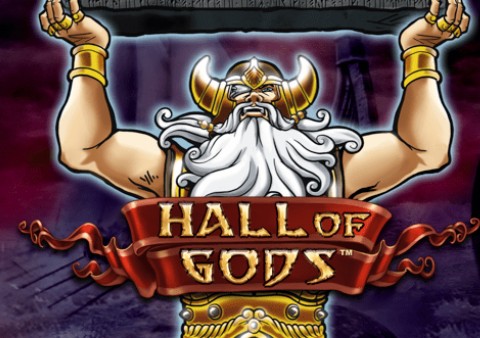