It’s been another extremely busy year in the online casino world with hundreds of new slots hitting the virtual shelves. There have been plenty of hits and a fair few misses as developers aim for slot perfection. Here are best 11 slots of 2019: 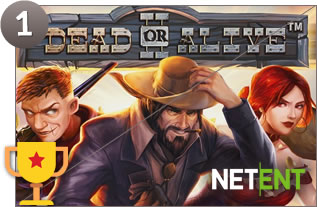 1 of the most eagerly awaited releases of the year was Dead or Alive II – this second Wild West adventure from NetEnt hit the target. Featuring the developer’s trademark high spec design, this 5 reel, 9 payline slot comes with a trio of free spins bonus features complete with sticky wild and multiplier extras. Highly volatile, you can win up to 111,111.11 x stake in 1 of the features. 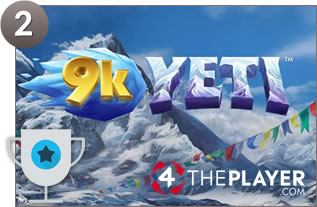 Landing a jackpot the size of Mount Everest is the goal in the 6 reel, 4,096 ways to win 9K Yeti which was the debut game from 4ThePlayer. The highlight of this Himalayan adventure is the Free Spins feature where you can land up to 88 free spins (make that 880 with re-triggers). The game also comes with a Snowstorm feature where losing free spins can magically transform into winner and in turn deliver a blizzard of coins. With potential payouts of 9,012 x stake on each spin, it uses Big Reels Portrait Mode where the reels will take up 60% of your smartphone screen meaning it’s perfect to play on the go. 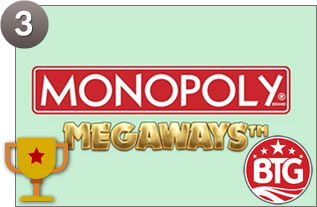 We’ve been a bit underwhelmed by many releases in the Monopoly franchise but Big Time Gaming hit the jackpot with Monopoly Megaways. The 6 reel game engine can offer up to 117,649 ways to win thanks to the Megaways mechanic. Expect cascading reel wins as well as free spins where Chance, Community Chest and other Monopoly features can deliver plenty of extras. If you like Monopoly but want to avoid the inevitable arguments, take a look at this volatile version where the Reel Adventure mechanic leads to bigger wins – up to 14,700 x stake on each free spin. 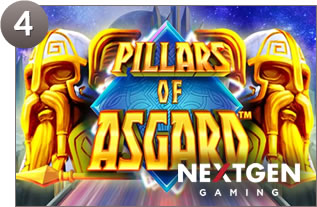 There seems to be an arms race between developers to try and create slots with ever-increasing ways to win. NextGen Gaming upped the ante in the superbly designed 6 reel, 4,096 ways to win Norse epic, Pillars of Asgard, where the number of ways to win can reach 1 million during the free spins round. Also in play during the feature are multipliers that can send payout rocketing by up to 10x as well as shifting wild reels. This is a high variance slot with possible wins of 25,000 x stake on each spin. 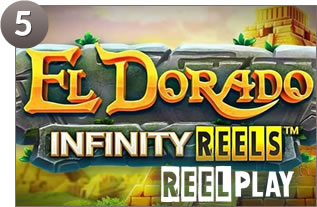 We always like to see developers try and create something new and fresh with their slot releases and ReelPlay delivered just that in El Dorado Infinity Reels. It’s the first slot to use the Infinity Reels game engine where successive wins add extras reels into play as well as increasing a win multiplier. If you manage to expand the reels to their full 15-reel dimensions, you’ll trouser a bonus of 888 times your total bet. Trigger the free spins round and you can play or bank. Banking the spins increases the multipliers on offer from the expansions when you do go on to play the free spins. Each expansion can deliver a massive 4x multiplier increase. That’s if you have the patience to wait. If you want something different, then go for gold with El Dorado Infinity Reels. 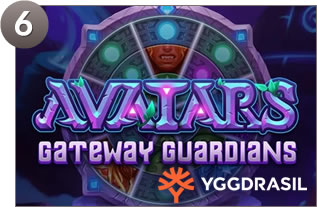 There’s more innovative gameplay on offer in the sci-fi-themed Avatars: Gateway Guardians slot from Yggdrasil Gaming. The action here takes place on 3 concentric circles which combine to offer 6 winning zones. Hit a winning combination in a Hot Spot and you’ll also activate a multiplier which can send payouts rocketing by up to 101x. Activate the bonus round and you’ll play 10 free spins with up to 8 Hot Spots live. More Hot Spot Zones mean more potential multipliers with payouts to match. This futuristic slot is a cracker and offers 2,525 x stake wins. 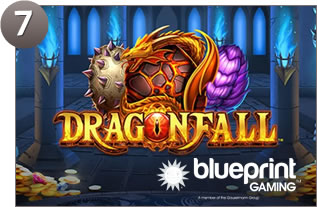 Taking a break from their usual formula of feature filled, branded slots, Blueprint Gaming released Dragonfall which is played using an 8×8, cluster pays game engine. Boosting your winning chances here are wild multipliers which increase with each cascade win as well as colossal symbols. Trigger the Free Falls feature and you can look forward to sticky wilds too – this can lead to 50,000 x stake payouts. 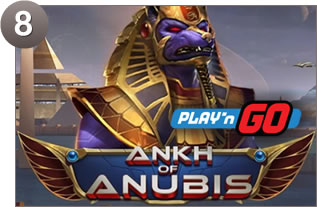 A list of the best slots of the year wouldn’t be complete without a virtual trip and ancient Egypt and Play ’N Go topped the bill with Ankh of Anubis. Despite the classical theme, there’s futuristic feel to the design here which is superbly done. Unusually for a slot from this developer, the action takes place on a 5 reel, 576 ways to win machine. The highlight here is the bonus round that awards up to 20 free spins initially. Collect 5 wilds and they’re dropped onto the reels in one go. If the visuals and game mechanic are a little unusual, one Play ’N Go staple is present and correct. Ankh of Anubis is a very volatile slot with 15,000 x stake wins. 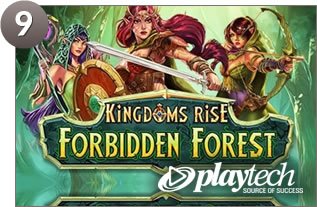 Playtech’s new fantasy-themed series offered plenty of entertainment and the pick of the releases was Kingdoms Rise: Forbidden Forest. This 5 reel, 576 ways to win slot looks and sounds superb. The re-spins with shifting wilds can deliver plenty of action. Like the other slots in the Kingdoms Rise series, collecting tokens lets you buy other features. In this case, you can add extra modifiers to your re-spins including extras stacks of wilds and scatters and better re-triggers. You can win up to 11,520 x stake as well as 3 progressive jackpots. 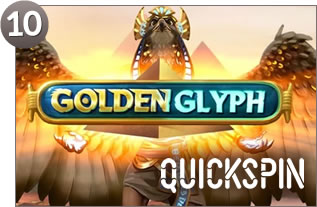 The second ancient Egyptian-themed slot to reach the top 10 is Golden Glyph. Created by Quickspin and played using a 7×7, tumbling reels game engine, look out for special wilds that can boost your winning chances with special Power Ups. Trigger the free spins round and you could see multipliers of up to 99x as well as potential payouts of 13,185 x stake. As usual for a Quickspin slot, the sound and visuals are superbly done. Add that to the explosive gameplay and you have a top take on this classic theme. 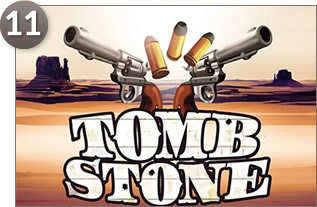 With too many great slots released this year, we have made room for an 11th slot – Tombstone from Nolimit City is a Wild West themed slot with 5 reels and 108 paylines. With nudging wilds which can give you wild reels and 3x multipliers, it focuses on the 3 free spins features where you can benefit from sticky Outlaw wilds and sticky Outlaw wilds with an unlimited multiplier. This can lead to 11,456 x stake payouts on every free spin.

With 100s of new slots released in 2019, the competition is fiercer than ever – games like Push Gaming’s The Shadow Order, Nolimit City’s Dragon Tribe, Play ‘N Go’s The Sword and the Grail, Thunderkick’s Midas Golden Touch and Red Tiger Gaming’s Wild Cats Multiline are unlucky not to make the list.

As for slot providers/developers, we’ve seen the rise of Blueprint Gaming with their many Megaways slots. Nolimit City have also released plenty of great titles – 4ThePlayer has also come onto the scene with 2 great new games.

What this does mean is that 2020 promises to be even better if you’re a slots player with plenty of new games, innovative game mechanics and new concepts that push the boundaries of online slots to where they’ve never gone before. Onwards and upwards to 2020!

Dead or Alive 2
Immortal Romance
Book of Dead
Starburst
Fluffy Favourites
We use cookies to provide you with the best experience. see our Find out more.