The Razor Shark slot is a 5 reel, 20 payline game from Push Gaming that has a deep sea/shark theme. Playable from 10p a spin across all devices, it benefits from a Mystery Stacks feature as well as a Nudge and Reveal feature for enhanced wins. The Razor Reveal feature can give you wins of 2,500 times your stake. Then you have the Free Games feature where the multiplier increases for potential wins of 50,000 times your stake on a free spin. Highly volatile, the RTP is high at 96.69%.

Where to Play Razor Shark Slot 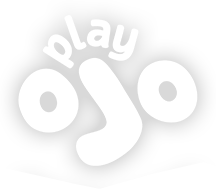 T&Cs: 18+. This offer is only available for first time depositors. Min deposit is £10. 50 Free Spins on Book of Dead. Spin Value: £0.10. After your first deposit you may claim your 30 Extra Free Spins by visiting the Kicker Section. No min withdrawal. This offer cannot be used in conjunction with any other offer. This offer is only available for specific players that have been selected by PlayOJO. If you have arrived on this page not via the designated offer via PlayOJO you will not be eligible for the offer. OJO’s Rewards and Game Play policy applies. #ad

Another positive factor when playing Razor Shark is that you can spin away from 10p to £100 per spin. There’s an Autoplay function where you can choose up to 100 autospins. There’s are loss and single win limits you can use to control your play. In the Settings tab, you can use Turbo Mode and use/remove sounds, sound effects and music as desired.

The Razor Shark RTP is 96.69% which is high for an online slot. Anything above 96% is good but 96.69% is well above the average. The variance is high though so tread carefully. The bigger wins will come from the bonus features. The max win is 50,000 x your total stake which can come from the Free Games feature. 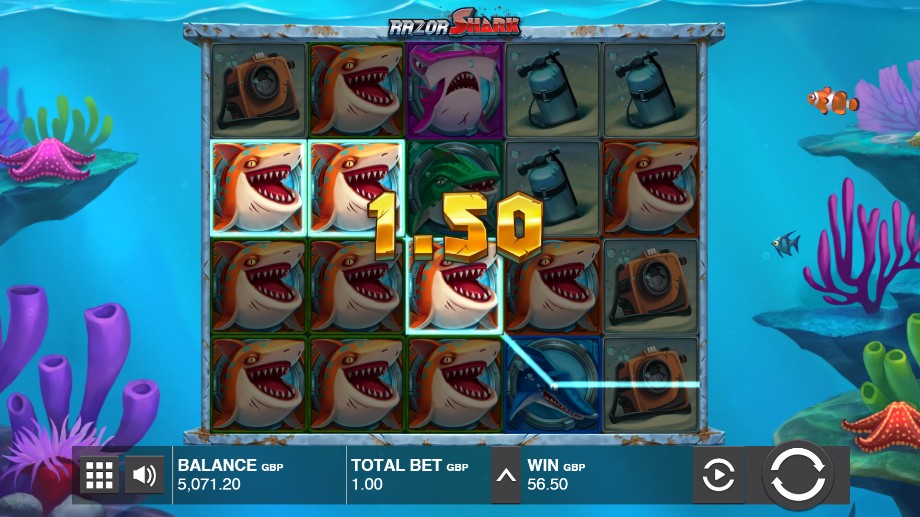 Grab your swimming gear and get ready to dive into deep sea treasures in the Razor Shark slot. Set deep in the Big Blue (ocean), it takes you on an exciting underwater adventure. It has cartoon style graphics and will remind you a little of the Finding Nemo film.

With a coral reef in the background, the low value symbols are represented by oxygen tanks, flippers, swimming masks and underwater cameras. You’ll also come across 5 different sharks. The golden shark is the most rewarding paying 1.5, 7.5 or 25 x stake for 3, 4 or 5 in combination.

The great white shark is the wild symbol which replaces all symbols except the scatter. 3, 4 or 5 on a payline will reward you with 2.5, 12.5 or 50 times your stake.

With stunning design and animations, Razor Shark can be played on desktop, mobile and tablet devices. If you play on a smartphone, you’ll benefit from Push Gaming’s Portrait Mode which makes the reels fit the screen perfectly. The Razor Shark mobile slot is one of the best we’ve come across, graphically.

Razor Shark comes with a Mystery Stacks feature. You will see mystery stacks of 4 symbols that can land anywhere on the reel.

When it appears, the Nudge and Reveal feature is triggered. Then the mystery stacks open and will reveal either winning symbols or golden shark symbols (the highest value shark except the wild) for bigger wins. 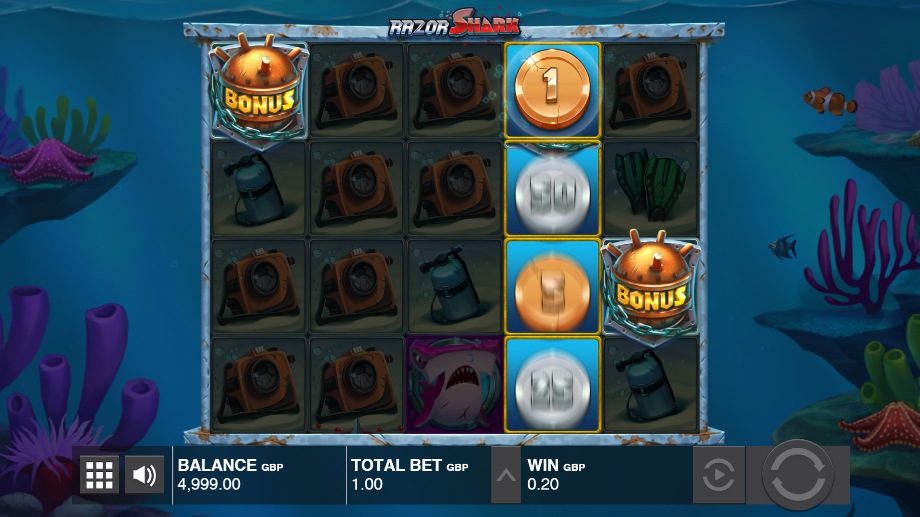 Once the mystery stacks reveal golden sharks symbols, the Razor Reveal feature is triggered. Each symbol position of the mystery stack will spin to give you coins displaying a stake multiplier or scatters.

If you get scatters, you will trigger the Free Games feature. The stake multiplier can reach as high as 2,500 x your total stake.

Then you have the Free Games feature which is played when you get 3 or more sea mine scatter symbols. Each extra scatter gives you 1 additional free spin. Both reels 2 and 4 will then be filled with mystery stacks. During the free spins, a multiplier is applied to all winning combinations.

Beginning at 1x, the multiplier increases every time the Nudge and Reveal feature is triggered. The increasing multiplier is where the max 50,000 x stake wins per spin will come from.

You can also trigger the Razor Reveal feature during the free spins which can give you cash prizes up to 2,500 times your stake. You can also reveal scatters that make the mystery stacks nudge by 1 position.

The Razor Shark slot may look rather innocent but it’s highly volatile. You can win 1,000 times your stake if you fill the reels with great white wild sharks. If you add in the increasing multipliers, there’s a potential for a whopping 50,000 times your stake to be won from each free spin.

Push Gaming has released another cracker here which will surely become as popular as some of their other slots. The high 96.69% RTP also makes it stand out from most slots. So high RTP, big max win potential, a variety of bonus features and beautiful design – you cannot get much better. If you like what you see/read, check out some other popular Push Gaming slots like Jammin’ Jars and Fat Rabbit.

What is the Razor Shark RTP?

The Razor Shark RTP is 96.69%. The average online slot RTP is 96% so this is a lot higher. However, this game is high variance so it will give you small wins most of the time.

What is the Razor Shark max payout?

Despite the cartoon style graphics and soft theme, Razor Shark has the potential to pay up to 50,000 x your total stake per spin. This will come in the Free Games feature where the multiplier increases each time the Nudge and Reveal feature is activated.

Is there a Razor Shark free spins feature?

How does the Razor Reveal feature work?

The Razor Reveal feature sees mystery stack positions give you cash prizes or scatters. Scatters will lead to the Free Games feature whilst the cash prizes can reveal up to 2,500 x stake payouts.