Innovative game mechanics and fresh new features have been key elements in the rise and rise of game developer Nolimit City. Founded in 2014, they’ve released more than 50 slots that combine fantastic visual flair with plenty of innovative and often, hugely volatile gameplay.

Probably best known for the controversial prison-themed San Quentin slot that offers max wins of 150,000 x stake, they’re also the brains behind Punk Rocker, Deadwood, East Coast vs West Coast and Fire in the Hole. If you like slots that offer something a little bit different as far as gameplay is concerned then Nolimit City offer that in spades courtesy of their xWays, xNudge, xBomb and xPays mechanics.

Fully optimised for play on mobiles, tablets and desktop devices, Nolimit City slots are available to play at a wide variety of online casinos and slot sites. Find out all you need to know about this exciting developer in our complete guide to Nolimit City.

Fire in The Hole 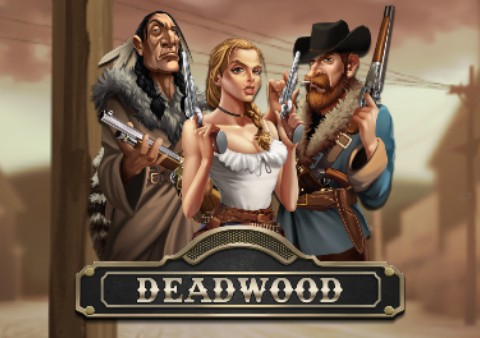 Golden Genie and the Walking Wilds 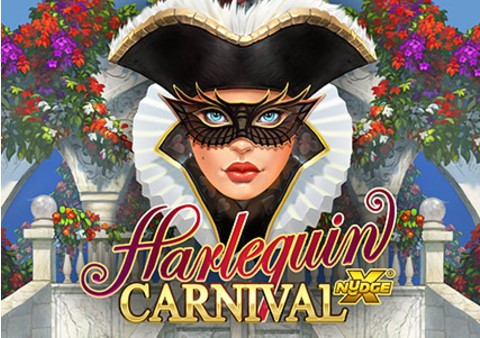 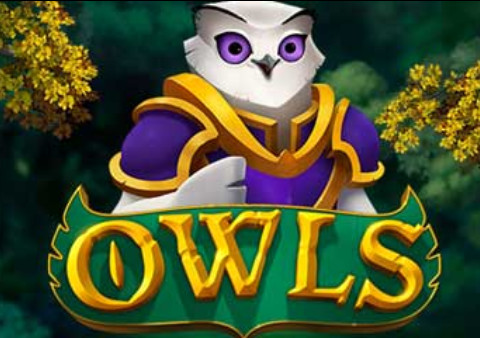 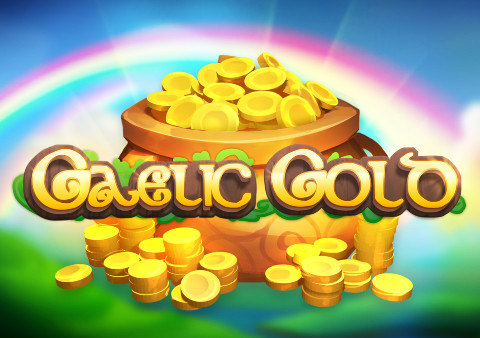 Nolimit City was launched back in 2014 by a group of experienced iGaming industry professionals. Since those early beginnings, the developer has gone on to create a collection of graphically rich slots packed full of innovative game mechanics and features.

This isn’t a company that just sits back and lets things happen, they’re always on the lookout for fresh new ideas to improve their slot releases. That of course, includes keeping up with all the latest developments in the tech sector. With over 50 Nolimit City slots, you’ll be able to play all their games whether you’re using a mobile, tablet or desktop device.

There’s an international flavour to Nolimit City too. The company has offices in Sweden, Malta and India and takes in talent from across the globe. As well as offering a collection of top slots, Nolimit City also provides a fully integrated online gaming platform.

Fully independent, they’re able to try out ideas that other developers might baulk at. They don’t always hit the target but when they do, the innovative gameplay can be very good indeed. Regulated by the UK Gambling Commission (license number: 52097), Nolimit City also has licenses issued by the regulatory authorities in both Sweden and Malta.

At the time or writing, Nolimit City has created over 50 online slots. These cover a wide variety of themes and genres from the familiar classic fruit machines and historical Chinese adventures through to a Japanese sushi kitchen and Art Deco New York.

What you’ll find in all slots in the Nolimit City catalogue is a huge amount of design flair and innovative bonus and feature rounds. Their slots always look and sound superb, regardless of their theme.

Released in January 2022, Tombstone RIP follows on from the popular Tombstone slot. This time Nolimit City has made a brutal sequel with hangings, murders and insane volatility. With plenty of bonus features, it offers El Gordo’s Revenge which means 300,000 x stake max wins are possible.

With a 9.08% hit frequency rate, it comes with xNudge, xSplit and Reel Split Wilds as well as multipliers. It focuses on the Boothill Free Spins feature where cowboy symbols get a multiplier boost up to 999x. This controversial slot is the most brutal ever created.

There aren’t many slots that offer potential payouts of 150,000 x your total stake per spin but that’s just what’s on offer in San Quentin. Based on the notorious Californian jail, it’s a 5 reel slot that uses the xWays mechanic where the number of ways to win reach 13,189,257,216 (that’s over 13 million). It offers and RTP of 96.03%.

The top action comes via the Lockdown Spins feature. Here, you’ll receive free spins complete with up to 3 jumping wilds that hop to new positions with each spin. Expanding multipliers in this round can send payouts soaring by up to 512x. With its super volatile gameplay and controversial setting, San Quentin isn’t a slot for the faint of heart.

Head to a sinister asylum in the eerie Mental. With disturbing graphics and a spine-tingling soundtrack, it’s played with 5 reels and 108 ways to win. It comes with Fire Frames which split positions and increases the number of ways to win to over 1 billion. Mental offers 66,666 x stake max wins.

With Dead Patient multipliers up to 9,999x, there are Enhancer Cells which award many extras like xWays, xSplit and xNudge wilds symbols. There are also 3 free spins features.

Fire in the Hole

The goal in this exciting mining-themed Fire in the Hole is to detonate a prize that can get as high as 60,000 x your total stake. Superbly designed, it comes with an average RTP of 96.06%.

Collapsing reels which expand the number of ways to win up to 46,656 are central to the action here. The big innovation though is the xBomb Wild Multiplier feature which removes adjacent symbols to create a new collapse as well as boosting a multiplier by 1.

The main feature is the Lucky Wagon Spins feature which is a variation on the classic streak respin round. Boosting your winning chances here are special enhancers which award cash prizes, reel collapses and multiplier boosts. As you might expect from a slot with a massive 60,000 x stake max win, the volatility in this explosive slot is extremely high.

Go on a quest for vengeance in the Wild West theme True Grit Redemption. With 6 reels and 240 ways to win, it’s dark and gritty. With a total of 9 bonus features, this extremely volatile slot offers a 96.11% RTP rate and 20,220 x stake max wins.

Nolimit City tries to keep things fresh in its slots and that means using innovative new game mechanics. You can expect far more than a standard 5 reel, 3 row, 20 payline game engine when you open up Nolimit City slot game.

These innovative game mechanics have proved very popular with players. It’s looks like we’ll be seeing more and more slots with the x-mechanics too as Nolimit City has inked licensing agreements with the likes of Booming Games and Spearhead Studios who will now be able to use these action-filled features. Anyway, they have unleashed 6 new mechanics to date which are described in detail below.

The nudge, where reels shift up or down to put symbols into a new position, is as classic as it gets when it comes to slot features. Nolimit City has taken this old school extra and spiced it up by adding a multiplier. Each nudge of the reel increases the value of the multiplier.

You’ll find the xNudge feature in a variety of Nolimit City slots including Tombstone and the aforementioned Deadwood as well as Pixies vs Pirates where it’s wild symbols that deliver the nudging multipliers.

The xWays Mystery Symbols are special symbols that can hold between 2 and 4 matching symbols. These then expand on their reel. These expansions increase the number of ways to win. In Punk Rocker, the higher value symbols can expand so they get as big as 20 symbols high! When fully expanded, the game engine here offers 46,646 ways to win. Other slots where you’ll find the xWays game engine include Dragon Tribe and Pixies vs Pirates.

As you might expect from a mechanic called the xBomb, exploding symbols are the main element to this extra. When these special wild symbols appear, they blow up all the adjoining symbols and remove them from the reels. This creates a new symbol collapse and another opportunity to form a winning combination.

The xBomb mechanic also boosts the value of a multiplier. The best example of the xBomb feature is in the Fire in the Hole slot. These explosive wild symbols can detonate to deliver some massively volatile, explosive results.

Think of the xPays game mechanic as like an avalanche reels slot in reverse. Land a winning combination and all the losing symbols are removed and the winning symbols drop down to the lowest position on their reel.

The xSplit mechanic was first introduced in the xWays Hoarder xSplit slot. This gives you wild splitting symbols that extend to other symbols on the same payline. It also results in the number of ways to win increasing on any landed spin.

With each split, a multiplier is brought into play. In the slot gam mentioned, xSplit wilds can split xWays symbol which sees the xSplit multiplier doubled each time. xSplit symbols also appear in the Mental slot which splits a symbol into 2 before transforming into wilds.

Appearing in the East Coast vs West Coast slot game, the xInfectious Ways mechanic sees all instances of the infected symbol become infected and expand on their reel. In Infectious 5, it will give more ways to win (up to 110,592 in total in this case).

As you’d expect from a slot developer at the forefront of technical innovation, Nolimit City is bang up to date when it comes to mobile play. All their titles have been fully optimised for mobiles and tablets. If you have a suitable Android or Apple iOS device, you can choose from the full catalogue of Nolimit City slots.

If you want to relive some of the biggest wins from Nolimit City slots you can do so courtesy of the Nolimit City Replay Tool. This isn’t a video, it’s a replay of the actual winning in-game spin. It gives you a good idea of the potential from particular slots.

It’s fully interactive allowing you to relive some of the biggest wins found anywhere online. You’ll find the Replay tool in our reviews of Nolimit City slots here at Online-Slot.co.uk.

Slots from the Nolimit City catalogue are distributed by NYX Interactive so you’ll find them at a wide variety of online casinos and slot sites. As their games and innovative game mechanics become even more popular, you can expect to find these slots on the virtual shelves at more and more places.

Good places to give Nolimit City games a spin include Unibet Casino, Slots Million, Casumo, Duelz Casino, LeoVegas and among others.

If you want to ‘try before you buy’ you can try Nolimit City free play slots here at Online-Slot.co.uk. Just complete the Verime age verification process by responding to a couple of text messages and you’ll be able to try out the fresh new game mechanics in Nolimit City demos. These Nolimit City demos are available whether you’re using a desktop, laptop, tablet or mobile to play on.

The rise of Nolimit City has been evident in recent times. They offer their casino partners a Promotion Toolbox whereby the casinos can offer free bets/spins, custom features and cash prizes to their customers. The most popular Nolimit City promotions include multi-channel free spins campaigns which are targeted for loyal casino customers.

Who are Nolimit City?

Nolimit City are a developer and brains behind some of the most innovative slot releases. Combining fantastic design flair with exciting gameplay, they’re best known for their extremely volatile slots that can deliver huge payouts.

What are the best Nolimit City slots?

There are over 50 slot games to play from Nolimit City. The best of them includes the amazing San Quentin which uses the xWays mechanic and offers 150,000 x stake max wins. Check out the top 5 Nolimit City slots.

Can I play Nolimit City slots for free?

With innovative game mechanics and features, it’s well worth trying the out in demo mode. You can play the Nolimit City slots demos here at Online-Slot.co.uk. They’re available on mobile, tablet and desktop devices.

What is the Nolimit City Replay Tool?

The extremely volatile Nolimit City slots can deliver some huge payouts. The Nolimit City Replay Tool allows players to revisit the biggest wins. The wins repeat in the slot itself, taking you right to the heart of the action.