Try and squeeze some festive cash from fiction’s most famous miser in the Scrooge Megaways slot. Based on Charles Dickens’ famous tale ‘A Christmas Carol’, it’s a 6 reel game from iSoftBet that combines super sound and visuals with some solid features. Gameplay highlights include cascading reel wins and a Scrooge Cash Respins feature where multipliers come into play. There are a pair of modifiers that can expand the game engine to its maximum 117,649 ways to win state or add extra scatters to boost your chances of landing the respin feature. Is this slot a Christmas cracker or a turkey? Find out in our complete Scrooge Megaways review.

The Scrooge Megaways slot is played on a 6 reel machine. The Megaways mechanic means that the number of symbols that appear on each reel change with each spin. The more symbols, the more opportunities to form a winning combination. If all 6 reels contain the maximum number of symbols, you’ll have 117,649 Megaways in play.

To create a winning combination, land 3, 4, 5 or 6 matching symbols or wilds from left to right on adjacent reels, starting from the leftmost reel. Symbols don’t have to be next to each other, anywhere on the reel will do.

You can play Scrooge Megaways at bet levels of between 20p and £20 per spin. Click on the coin icon then use the + and – buttons to adjust until you find a level you’re comfortable with. There’s also an Auto Spins function as a lightning mode for faster spins.

The Scrooge Megaways RTP is 95.98% which is average. The volatility is in the medium to high bracket. Expect a win every 3 spins on average as the hit frequency rate is 32.3%. The game has a potential maximum win of 12,000 x your total stake per spin.

The Scrooge Megaways slot is a terrifically well-designed game. Part of iSoftBet’s Twisted Tale series, the game Is based on Ebenezer Scrooge who is the main character of Charles Dicken’s A Christmas Carol novella.

A snow-covered street in Victorian London is the setting.  There’s a faintly festive soundtrack playing away in the background which creates quite the atmosphere. You’ll also hear occasional words and laughter from Scrooge himself. It all works very well.

The reels are made up of lower value A to 9 royals, a ball and chain, a Christmas turkey and a top hat. Scrooge is the most rewarding symbol. Land 6 of these in combination and you’ll win an award equal to 25 x your total stake.

There’s also a wild. This can land on reels 2, 3, 4 and 5 only and substitute for all the standard symbols when it makes up part of a winning combination. Finally, there’s a scatter that can trigger the Cash Respins feature if you land enough of them on the same spin. Here’s a list of all symbols and their payouts:

Scrooge Megaways is available to play on all devices including mobiles, tablets and desktops. The super sharp visuals are terrific, even if you’re playing on a device with a small screen. Flip the Scrooge Megaways mobile slot into landscape mode and you’ll have a very playable smartphone game.

There are 4 bonus features on offer in the Scrooge Megaways slot. On any spin you could benefit from a random modifier. Top of the bill as far as features go though, is the streak respin bonus.

After a winning combination has been formed, the Cascading Wins feature follows. The successful symbols are blasted off the reels and new symbols drop in and replace them. A new payout consideration then follows. If a new winner is formed, the process is repeated. Cascades continue until no new winners are created.

Trigger the Scrooge Cash Respins feature by landing 5 or more scatters anywhere on the reels on the same spin. You’ll then go on to play 3 respins with the triggering scatter symbols locking in position. If a new scatter symbol lands, it too locks in position and the respins reset to 3.

You’ll notice that all the scatter symbols come with a stake multiplier value. When you have used up all your respins, the values attached to the scatters is added together to give you an overall prize.

Look out for special Past, Present and Future symbols. If one of these appears during the respins, it awards its associated prize of 1x, 25 or 50 x your total stake respectively.

If you manage to fill an entire reel with scatter symbols, it brings a multiplier into play. The multiplier is equal to the number of symbols on that reel. For example, if you filled the whole of a reel made up of 3 symbols, the cash multiplier values attached to the scatters on that reel would receive a 3x multiplier boost and be trebled.

In some territories (but not the UK), players will have the opportunity to buy your way into the Scrooge Cash Respins feature. If you are able to, this option will set you back a fee of 50 x your total stake.

The pair of Haunting of Christmas features can trigger at random on any spin and award 1 of the following extras:

This re-telling of the classic Dickensian story is very nicely done. The sound and visuals in the Scrooge Megaways slot are terrific, as good as you’ll find anywhere.

The gameplay doesn’t quite hit those heights but there’s still some decent action to be had courtesy of the cascading reels and the Scrooge Cash Respins feature. The key to big wins is to trigger the feature with a high number of Megaways and the multipliers when you fill a reel with scatters. It will take 158 spins on average to trigger this feature.

It’s disappointing there are no free spins but it’s refreshing that Scrooge Megaways isn’t your typical Christmas slot that is dripping in sugary schmaltz.

I recommend you try iSoftBet’s Moriarty Megaways which is also part of the Twisted Tales series. Visually superb, it comes with 42,553 x stake max wins and also takes you to Victorian London.

What is the Scrooge Megaways RTP?

The Scrooge Megaways RTP rate is 95.98% which is average for a slot game. Low to medium variance, wins are fairly frequent with the hit rate being 32.3%.

What is the Scrooge Megaways max win?

The maximum win per spin is 12,000 x your total stake. You can win this on a base game spin as well as from the respins. The Max Megaways feature gives you the maximum 117,649 ways to win which helps.

How does the Scrooge Cash Respins feature work?

The Scrooge Cash Respins feature is a streak respin game where you aim to fill reels with scatters to bring multipliers into play. There are also Past, Present and Future bonus prizes.

Is there a Scrooge Megaways demo?

Yes, the Scrooge Megaways free play version is available here at Online-Slot.co.uk. It’s available to play on all devices including laptops, PCs, mobiles and tablets. 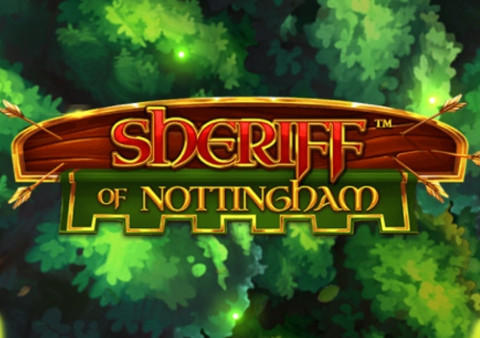 Blood Moon Wilds
We use cookies to provide you with the best experience. Find out more.