Join the ancient Egyptian ruler of the sky, earth and underworld in the Ra K.O slot, a 6 reel, 50 payline game from Green Jade Games. On any spin, a sandstorm can blow across the reels are leave a trail of 4 and 16 extra wilds which are added to random positions on the reels. The main extra here is Ra’s Bonus Reels feature. Land special Loot Boxes which trigger special bonus prizes worth between 2 and 2,000 x stake.  Discover more about this unusual Egyptian treasure hunt in our full Ra K.O review.

Where to Play Ra K.O Slot

The action in the Ra K.O slot plays out on a 6 reel, 4 row, 50 payline machine. Winners are formed in the standard manner for a paylines slot by landing 3 or more matching symbols from left to right across a payline, starting from the leftmost reel.

Bet levels here range from 10p to £500 per spin. Use the arrows above and below the Bet box to adjust your stake. Pay tables amounts are show in cash rather than coins which is our preferred choice. There’s also a Turbo Mode for faster spins and Autoplay function where up to 100 autospins can be selected. Those 2 options may not be available in your country.

The Ra K.O.RTP is 96.098% which is about average. What isn’t average is the variance which is sky high and to be expect of a game with this theme. The max win is 10,000 x your total stake per spin.

The Ra K.O slot has an ancient Egyptian theme. According to ancient Egyptian legend, Ra was the god of the sun sky, earth and underworld. He was often portrayed with the body of a man and the head of a falcon. It was believed that all forms of life had been created by Ra.

The colourful visuals in Ra K.O. are nicely done. As is the bouncing soundtrack which immediately transports players back to the land of the ancients. The design here is familiar but works well.

The chamber of a palace is the setting here. The reels are guarded by a pair of statues of Ra. There you’ll find A to 10 royals as well as a selection of jewels and statues relating to ancient Egyptian deities. The most rewarding symbol is the female burial mask which awards 40 x your total stake if you land a 6-on-a-payline combination.

There’s also a wild that can substitute for all the standard symbols in a winning combination. The final symbol is the golden Loot Box which can trigger the bonus round.

Ra K.O is available to play on all devices including mobiles, desktops and tablets. The colourful visuals are nice and sharp, even when using a mobile. The simple gameplay is also well suited to play on a device with a smaller screen.

There isn’t a huge amount to report as far as features are concerned. With 3 bonus features, the main extras are sandstorms which can deliver added wilds and Ra’s Bonus Reels Feature which awards instant win prizes.

On any base game spin, Ra can summon up a sandstorm and trigger the Magic Wilds feature. The sandstorm blows across the reels, leaving a trail of wilds as it blows. Between 4 and 16 wilds will drop onto random positions on the reels. A new payout consideration then follows with the extra wilds in position.

In order to trigger the Auto K.O feature, you need to land 3 or more Loot Box symbols in a horizontal row, anywhere on the reels. If you land enough of them but they don’t appear horizontally, the Automatic Knockout comes into play.

Symbols on the reels are knocked out to allow the Loot Boxes to drop down into an optimal position. Each Knockout uses up a charge. The number of charges you have is visible in the meter to the right of the reels in the desktop version and below the reels if you’re playing the mobile version. One charge is awarded for every 11 spins. Each charge can K.O. 1 symbol.

If you land 3, 4, 5 or 6 Loot Boxes in a horizontal combination, you’ll trigger Ra’s Bonus Reels feature. These new reels will spin to reveal a symbol which will award a cash prize of between 2 and 2,000 x your total. The prizes are revealed in order, lowest first, up to the highest.

The number of prizes awarded is equal to the number of Loot Boxes that triggered the feature. For example, land 4 Loot Boxes in combination and you’ll see 4 Bonus Reels with each one of them awarding a cash prize.

I found this trip back to the land of the Pharaohs to be different. In the Ra K.O slot, the sandstorm wilds can spice up the base game and the K.O. element can add a bit of tension then it comes to trigger the main extra. The Ra’s Bonus Reels feature may be simple but it can dish out 10,000 x stake prizes in total.

The design here is easy on the senses. I wasn’t bowled over by the limited range of features though. Ra K.O is fine for budding Egyptologists and it’s a refreshing break from the special expanding symbols concept.

The Ra K.O return to player rate is 96.098% which is about average. The variance is high with the bigger wins coming from the Loot Boxes.

What is the Ra K.O max win?

The most you can is 10,000 x your total stake. This is won from the Ra’s Bonus Reels feature which Loot Boxes can each contain prizes up to 2,000 x stake.

How does the Magic Wilds feature work?

On any spin, Ra can summon up a sandstorm and trigger the Magic Wilds feature. The sandstorm blows across the reels, leaving between 4 and 16 wilds in its trail. A new payout calculation follows with the new wilds in place.

What is the Ra’s Bonus Reels feature?

Trigger the Ra’s Bonus Reels feature by landing 3+ gold Loot Box symbol in a horizontal line on adjoining reels. You’ll head to new reels when symbols will spin before revealing cash prizes that can get as high as 2,000 x stake.

However, if you look expanding symbols with free spins, there’s only 2 slot games to play: Book of Dead from Play ‘n GO and Book of Ra Deluxe by Novomatic. However, my favourite is IGT’s Cleopatra which comes with 10,000 x stake wins for a screen full of wilds. Another option is Queen of Alexandria WowPot from Microgaming which offers a WowPot jackpot beginning at £2 million. 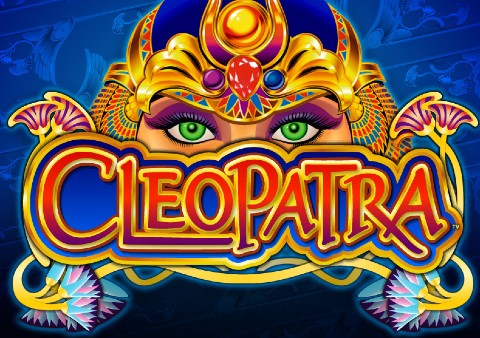