Hey you guys! The Goonies slot is a 5 reel, 20 payline game from Blueprint Gaming that is based on Steven Spielberg’s 1980’s iconic film of the same name. Playable from 10p to £10 per spin on all devices, it comes with 6 randomly triggered bonus features as well as clips from the film and 6 main bonus features. It offers you mystery symbols, wilds, Colossal Reels, wild reels, free spins, cash prizes and much, much more. Join the gang in this brilliant, feature-packed offering.

Where to Play The Goonies Slot 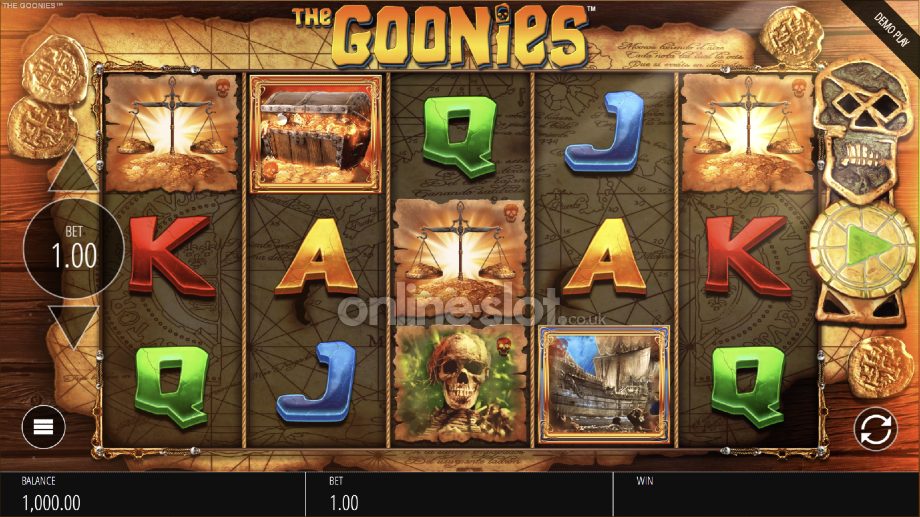 Visually, The Goonies slot game is played against the map used in The Goonies film. Symbols on the reels include A, K, Q and J royals as well as pirate ships, treasure chests, skeletons (One-Eyed Willy), pirate flags and scales full of gold coins. The most valuable symbol is the pirate flag which is super stacked and gives you payouts of 50 times your stake for 5 on a payline.

The medallion is the wild and replaces all symbols bar the bonus scatter. 5 of these will also give you 50 times your stake. 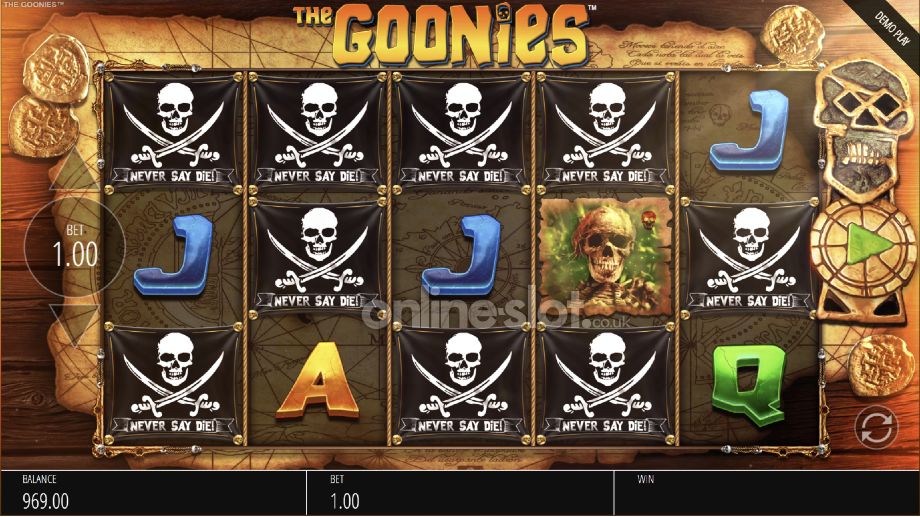 When it comes to bonus features, The Goonies slot benefits from a bucket load. Look out for the One-Eyed Willy’s Riches symbol because this can start glowing to reward you with 1 of 6 modifiers/bonus features. They are as follows:

All in all, Blueprint Gaming has excelled with The Goonies. Much like the film, the slot is excellent. All that’s left is for you to join the gang in this epic movie slot – hey you guys!

If you want more movies slots, check out Gremlins from WMS and Terminator 2 by Microgaming.